Blog
You are here: Home / Blog / Software Development / Money-Making is Where Money is Made

When it comes to inventing new tech ideas, it’s so tempting to target the consumer market.  You’re living out your daily life and out of that context you think: what about this new cool app that could do this and that … consumers would love it. Right?

The problem with retail apps is that they’re asking consumers to spend a little bit extra on top of what they’re already spending.  While a good deal of their budget is dedicated to entertainment, that money is not currently untouched – it’s all being spent already.  So when you come along with your cool app and ask someone to spend, you’re asking them to switch their spend from something they’re already enjoying so much that they’ve been willing to pay for it.

If you’re going to be successful in the consumer space, you need to take one of two approaches: 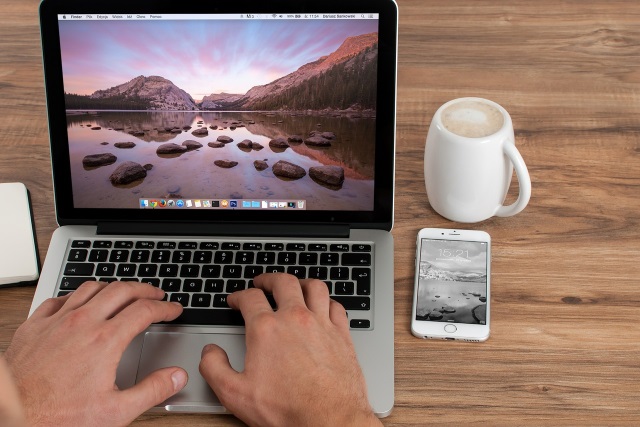 A. Out-Compete Other Entertainment
If you’re inventing something fun or entertaining, the normal approach is a “gap-mentality”.  That means that you identify some idea or improvement that doesn’t yet exist, and you assume that this creates an opportunity for spend.  That’s not necessarily the case.

What you need instead is a “more-fun-than-mentality”.  Even if your product is unique in what it does, it still has massive competition.  It might not have competitors in its local space, but oh boy does it have its work cut out in the global entertainment space.  Sure, users are looking for new experiences, but they’ll most likely only *pay* for what they trust to entertain them.  Your product doesn’t have to be unique, it has to be better-than.

B. Stealing Offline Spend
The big money opportunities in the consumer space are not additions in areas that are already well covered, but in daily-lifestyle areas that are not currently online.  Basically, think of everything people spend that isn’t online: shopping at a supermarket, filling their car with petrol, paying fees at a tollbooth, paying for a rollercoaster ride, buying indigenous crafts from road-side stalls, paying for cleaning services, etc.

In South Africa, for example, the traction of online supermarket spend has been very, very slow.  This represents a massive proportion of consumers’ monthly budget, and while the tech work required to get that wheel turning is so big, that’s where the BIG money is.

But That’s a Diversion
The fact is: the sector that makes the most money in new tech is industry-related products.  I’ve heard a figure of two-thirds of profits, but I don’t have the links to confirm this.  Why such success?

1. Spend Money to Make Money
Business has a vested interest in improving its practice, because it looks for competitive advantage, which translates to more profits.  Where consumer entertainment spending is essentially a black hole, business can motivate spending on technology because it can pay itself off through increased productivity and new market access.

2. Instant Scale
Marketing to consumers either requires a 1-to-1 personal sales effort (one market push resulting in one sale), or mass advertising in a space that is heavily crowded.  Marketing to business is a 1-to-many effort – one sales push can result in 10 or 10,000 purchases.  Additionally, when you do choose to advertise on mass scale, you typically use media that are specialised for the industry, cheaper, and not nearly as crowded by advertisers.

3. Niche
Business products are often very specific to a field.  If you develop an app that measures polyglobomorphinules per square foot (I made that up), there’s a strong possibility that you’re meeting a specific unfulfilled need in a market with few competitors.  Consumer products have such broad appeal that it would be rather surprising if someone hadn’t already thought of your idea and implemented it.  Niche business products also have the advantage that they’re usually requested by the industry needing them, meaning you already have a guaranteed sale.

4. Staff Retention: A Business Case for Happiness
Business constantly combats a disease called “bureaucratic-malaise” (I made that up too).  It means that staff become irritable and disillusioned when the company technology seems to be waging war on their happiness and productivity.  If staff don’t actually pack their bags and take their in-house knowledge and training with them, they put a spanner in the industrial cog of efficiency.  Purely for the sake of maintaining work ethic, business has a vested interest in paying for the best products on the market.  That’s money in the pocket for innovators.

Think Biz
Coming up with new business ideas is predominantly focused on improving processes, and occasionally about inventing entirely new ways of doing things.  If you’re creative, it doesn’t take long to identify opportunities – a simple chat with a few disgruntled staff should do the trick.  While many of their hassles are personnel and process based, there are regular opportunities for a smart bit of tech to jump in and save the day.  And make money for everyone.

Out of interest, our own tech firm, Think Tank, is predominantly business-focused, and we’ve been continuing our trajectory of new business apps that tackle business challenges.  Let us know if there’s a need that we might be able to service.

8 Emerging Tech Trends You Can’t Ignore How to give your LinkedIn Profile a Makeover.
Social Share Buttons and Icons powered by Ultimatelysocial
Scroll to top