The research and analysis consulting firm Gartner has published its 2020 Magic Quadrant in which it classifies various it service management providers according to whether they are Challengers, Leaders, Niche players or Visionaries.

END_OF_DOCUMENT_TOKEN_TO_BE_REPLACED

I’d like to describe to you how software products and best practices are used in the modern business world by telling you a bit about the Mongolian bow.

Made from laminated layers of boiled horn, sinew and wood the Mongolian bow was the tool of war that allowed the Mongolians to create an empire that stretched from Europe to the Sea of Japan. Historians suggest that the bow evolved out of necessity as the Mongols of Genghis Khan’s era lived in an environment where survival skills were of the utmost importance. The Mongolian bow could shoot up to 500 meters and was far stronger than other bows of that time, this combined with the ability to shoot while horsed gave the Mongolians a significant advantage over their enemies.

Although we are not at war, in fact quite the opposite we are trying to make our customers love us, the modern day Service Management department also has tools that have evolved out of necessity. END_OF_DOCUMENT_TOKEN_TO_BE_REPLACED

SQL Reporting services (SSRS) has been introduced to the latest version of HEAT. We are now given the opportunity to create much more complex and customized reports through SSRS and view these through HEAT2014. Some of the Features:
END_OF_DOCUMENT_TOKEN_TO_BE_REPLACED 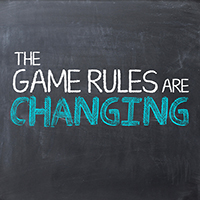 The following is an excerpt from a longer article, entitled ‘Does the ITIL® Framework Need a Facelift?’ by Malcolm Fry.

Malcolm believes the framework is an excellent tool, and his comments are not meant to be a criticism but an encouragement to improve.

The eternal problem for the ITIL framework has always been to remain relevant mainly because of the speed of change. For example, few of those involved with the ITIL framework would have had a tablet when the framework was last refreshed in 2011. The iPhone® and iPad® devices came to consumers in June 2007 and April 2010, but who could have predicted, rather than guessed, the impact these technologies would have on consumers? Relevancy could be achieved by having a subscription and issuing updates in the form of new and supplementary segments or by using online technology services. This will always be an issue but can be minimised if approached constructively.